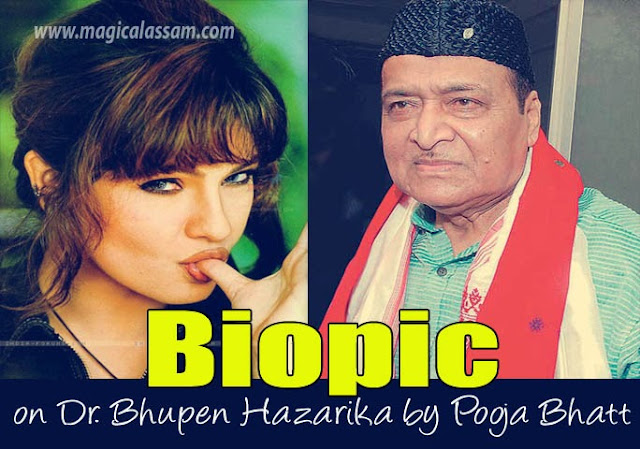 According to filmmaker Kalpana Lajmi, she is currently co-writing a script with for a film based on Hazarika, to be produced by Pooja Bhatt.

Kalpana is co-writing the script with Mahesh Bhatt and the project will go on floors early next year.

Regarding the actors who would be playing the lead roles, says Kalpana, “The hunt has begun. It’s tough to find a face and talent to play Bhupenda. Though, I don’t know who can play me.”

Santosh Sivan, with whom Kalpana has worked earlier in Rudaali and Darmiyaan, will be doing the cinematography.

“It is Bhatt saab’s and my homage to Hazarika,” said Kalpana.

So, 2014 will be more interesting for the people of NE, after the biopic of Mary Kom audience will be able to recall the soulful songs by the late musician Bhupen Hazarika with the upcoming biopic on him.