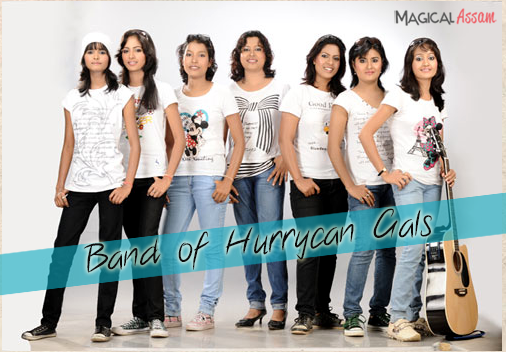 In 2010, The idea to form an all-girls’ rock band germinated in a little-known village Nahira near Mirza town, about 30 km off Guwahati. The lead vocalist, composer and director Mamoni Kalita along with her drummer friend Arju Begum take initiative to form the band. Their dream came true in August 2010 when some young instrumentalists came forward to be part of this initiative. Now The band consists of Mamoni Kalita (lead vocalist), Arju Begum (drums), Kaberi Saikia (Dhol/Dotara), Mumpi Thakuria (Keyboard), Dikishita Kashyap (Bass Guitar), Ilene (guitar) and Bobby Hazarika (Percussion).
Initially the journey was not so smooth as they all were belong to middle class background, mobilising resources needed to buy the instruments and to meet other expenses of the band was one such big hurdle they had to overcome, and at last they took a bank moan of Rs. four lakh to buy instruments. They gave their time and energy to achieve perfection for a journey which was actually very challenging but they were always confident of crossing the hurdles.
The band’s musical journey began in 2011 performing at a cultural function organised by a coaching institute at Rabindra Bhawan in Guwahati. The crowd was young and the band seized the opportunity to showcase their talent. In the same year they suddenly got an opportunity for a performance which was telecast live by a local news channel which was actually the turning point for them. After that show the never look back again. “It took us just five shows to repay the entire loan amount. Now, we buy new musical instruments with our own fund raised from the shows,” said drummer Arju Begum
The band uses some traditional Assamese musical instruments like dhol, nagara, dotara with keyboard, guitar, drum set and modern percussion instruments to create the musical illusion for crowd pulling.
According to Arju the reason behind the formation of an all-girls’ rock band was to show music lovers that girls from remote places in Assam have talent and can achieve and the have proven it. They do not want people to like their performance just because it is an all-girls’ band, they want real appreciation of music lovers.
Apart from headlining various festivals in NE, this fusion-folk rock band has performed in various live shows in Kolkata, Mumbai, New Delhi and Ahmedabad as well.
Update:
Band members as on 2016: Mamani, Mumpy, Maina kaberi, Jenny, Luku and Pragya
Band of Hurricane Gals in Facebook 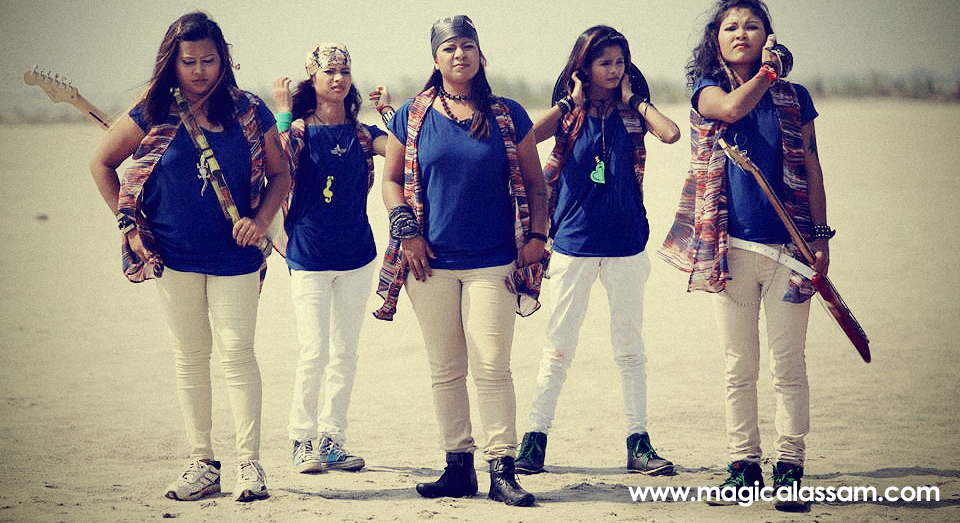