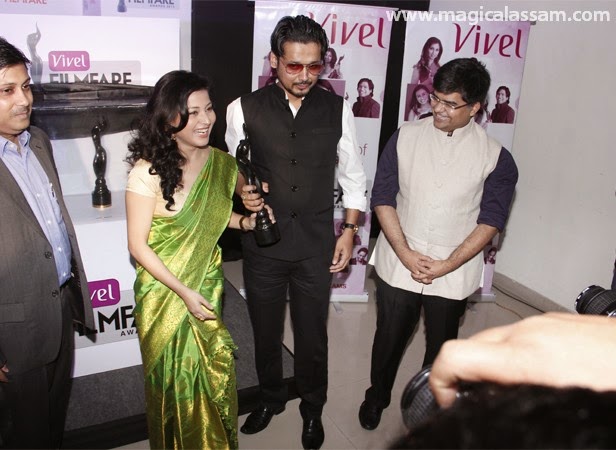 Filmfare is all set to make its debut to honor films in eastern India specially to Assamese , Bengali and Oriya Films. This Black lady has been a cherished possession of Bollywood Stars and now poised to enter into Tollywood, Jollywood and Ollywood.
The 29 awards that will be handed over in various categories include 21 trophies for Bengali movies and 4 each for Oriya and Assamese films.
The nominations will be broadly divided into four segments – Popular, Technical, Debut and Critics awards. In Assamese and Oriya segments, the four awards will be given to the four popular categories only.
The awards will be given away at the Science City auditorium, Kolkata on March 29 2014.

Do you want to Promote your Film and Music Video ?!!

Do you have any News regarding Assamese Entertainment Industry?!!
Do you want to contribute as a Guest Blogger?!!
If Yes the then Press the Following Button