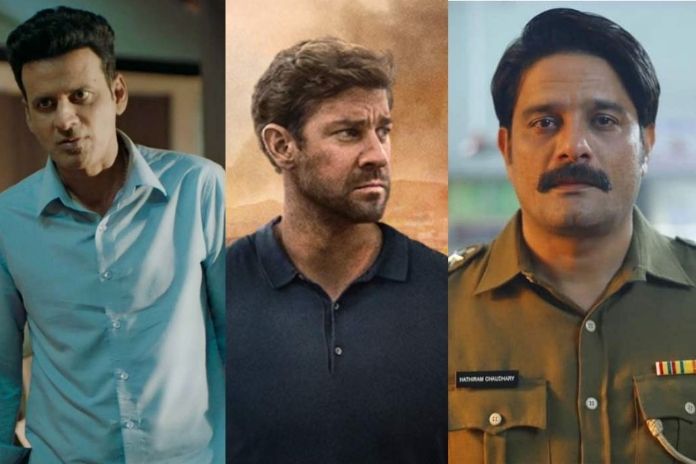 If you are a fan of crime series, then you will love the selection of shows available on Amazon Prime India. There is something for everyone, from classic detectives like Columbo to new favorites like Mindhunter.

Here are our top picks for the best crime series on Amazon Prime India.

Mirzapur is a Best crime thriller web Series on Amazon prime, directed by Karan Anshuman. A shocking incident at a wedding procession ignites a series of events entangling the lives of two families in the lawless city of Mirzapur. This story is exciting and it has 2 seasons with a total of 19 episodes. Mirzapur is one of the best IMDb rated crime thriller series on Amazon prime.

A down-and-out policeman is given the case of a lifetime when four suspects are arrested in the attempted assassination of a prominent TV journalist. The case turns out to be a complex labyrinth where nothing is what it seems. It takes him to the dark netherworld, known as “Paatal Lok,” and shocking facts about the four defendants’

Loosely based on Tarun Tejpal’s 2010 book The Story of My Assassins, the series follows a disenchanted cop assigned to investigate an assassination attempt that went wrong.

Srikant Tiwari is a middle-class family man who works as a world-class spy, attempting to manage his interpersonal relationships while also fulfilling the demanding duties of the National Intelligence Agency’s highly secretive special cell.

The Family Man is a spy thriller set in India and created by Raj Nidimoru and Krishna D.K. for Amazon Prime Video, with Manoj Bajpayee playing Srikant Tiwari, a middle-class man working as an intelligence officer for the Threat Analysis and Surveillance Cell (TASC), a fictitious branch of the National Investigation Agency.

The series is created and directed by Raj & D.K, who co-wrote the script and story with Suman Kumar and wrote the dialogue.

Samantha Akkineni was cast as the main antagonist for the second season, which was helmed by Suparn S. Verma and included a portion directed by her in the digital medium for the first time.

Mumbai Diaries 26/11 is an Amazon Prime Video Hindi-language medical drama streaming television series. The series was created by Nikhil Advani and Nikhil Gonsalves, who are both directors.

Shooting has occurred at sites that were part of the 2008 Mumbai attacks, including Chhatrapati Shivaji Terminus, Gateway of India, and Leopold Café. On September 9th 2021, Amazon Prime Video released the first season of Mumbai Diaries 26/11.

It is set on the evening of November 26, 2008, when terrorists attacked multiple targets in Mumbai. It follows the staff of Bombay General Hospital and their experiences that night, including scenes at the Taj Mahal Palace Hotel and how a reporter aims to document all these events.

Nine perfect strangers is a recent 2021 American Thriller web series available in Hindi on Amazon Prime, directed by David E. Kelley. A group of nine strangers from the metropolis come to Tranquillum House, a health and wellness retreat that promises to heal and rejuvenate those who stay there.

When they arrive at the mysterious island, the guests are about to learn many secrets about one another and the resort’s host, Masha.

The narrative follows a mysterious shaman who has the ability to communicate with the spirits of deceased persons, and the drama that ensues. The series aired on Amazon Prime Video OTT on May 14, 2021.

A Mumbai-based Police officer, Arup is assigned to a case after his transfer to the northeast. An actress from Bengal is violently raped and murdered. Many locals flee for their lives while the investigation takes place. Dev is an archer who shoots arrows in the wilderness.

Arup employs Dev, a Shaman who can contact the soul of the deceased body and replay their final hour, to solve murders in his village. Arup requires assistance from Dev to solve murders in the region. However, despite having access to his Shaman abilities, Dev finds a way to find more than he is required for using his skills. While falling

Yama is following Dev to kill him because Dev damaged his eye, which allows him to foresee someone’s death. Thapa, his right-hand man, assists him.

Cuse served as an executive producer on the series, alongside John Krasinski, Michael Bay, and Mace Neufeld. The series stars Krasinski as the title character, making him the fifth actor to play a role in the film franchise, following Alec Baldwin, Harrison Ford, Ben Affleck, and Chris Pine.

The protagonist of the series, Suleiman, is a rising Islamic extremist who is threatening to take down the US financial system. The unnamed CIA analyst finds a string of suspicious bank transfers being carried out by Suleiman, which sends him into the field where he’ll have to work with an FBI agent.

In Season 2, Jack is caught up in political upheaval in a corrupt Venezuela.

Treadstone is an American action drama television series that is connected to and based on the Bourne film series. On September 24, 2019, a “special preview” of the pilot was aired on USA Network ahead of its October 15, 2019 premiere.

The show is produced by Tim Kring and Ramin Bahrani, with Ben Smith, Jeffrey Weiner, Justin Levy, Bradley Thomas, and Dan Friedkin as executive producers. In May 2020, the series concluded after one season.

Treadstone is a CIA black-ops operation known as Operation Treadstone, which utilizes a behavior modification approach to transform recruits into nearly superhuman assassins.

The series follows special forces worldwide as they are abruptly awakened to resume their deadly operations. The program deconstructs these assassins’ personalities, erases their memories, and abandons their moral standards to enable them to kill people all around the globe