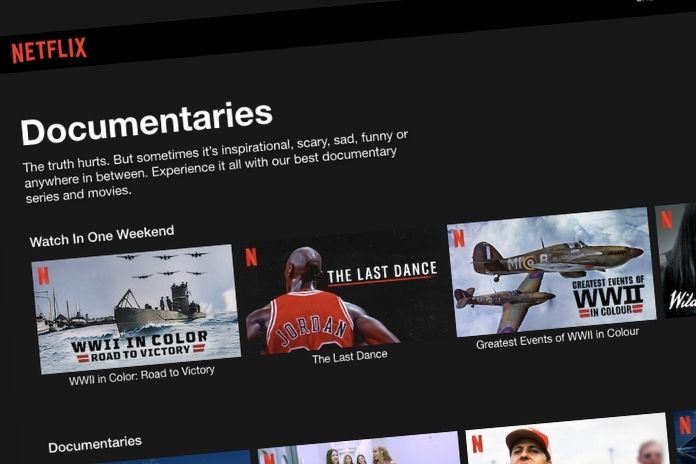 There’s no doubt that Netflix has some great documentaries. But, which ones should you watch if you’re living in India? Here are sixteen of the best documentaries on Netflix India right now.

Whether you’re interested in history, nature, or science, there’s something for everyone on this list. So, what are you waiting for? Start watching!

Visit this link for the Netflix Documentary Section

Netflix’s The Great Hack takes an in-depth look at the Cambridge Analytica scandal, exploring how data was used to manipulate voters during the 2016 U.S. presidential election. The documentary features interviews with key players involved in the scandal, including whistleblower Christopher Wylie and Cambridge Analytica co-founder Rebekah Mercer.

The Great Hack looks at how data is used to influence people’s behavior and the psychological tools companies use – with their users’ consent – to make money. The documentary also spends time looking at Facebook as a company and why it has such as massive reach across the globe, as well as examining what can be done about all of this in the future.

The Great Hack is available to watch on Netflix now. If you’re interested in data privacy and how it can be manipulated, then this documentary is a must-watch. It’s also just a generally interesting look at the inner workings of Facebook and Cambridge Analytica, so even if those topics don’t interest you, The Great Hack is still worth a watch.

House of Secret – The Burari Deaths

House of secrets the burari deaths is a Netflix documentary film directed by Leena Yadav and Anubhav Chopra. The film is based on the Burari deaths case in which 11 members of a family were found dead inside their home in Delhi in July 2018.

The documentary explores the events leading up to and after the deaths, including the family’s alleged belief in black magic and spirit possession. It also examines the claims made by some members of the family that they were part of a secret society known as “the awakening”.

On May 1st, 2003, Brian Wells walked into a bank with a shotgun wrapped inside a plastic bag. He wore a homemade collar bomb that was locked around his neck. He demanded $250,000 and claimed he was being forced to rob the bank by a group of people who had been supplying him with nerve gas if he did not comply.

After getting the money, Wells walked out of the bank and into a nearby alley, where the bomb detonated, killing him.

The events leading up to Wells’ death were strange and confusing, leaving many unanswered questions. Who put the bomb on Wells? Was he really being forced to rob the bank? Or was he working with the robbers all along?

These questions and more are answered in the Netflix documentary Evil Genius. The documentary takes a closer look at the events leading up to Wells’ death, as well as the subsequent investigation. It also interviews those closest to Wells, including his family and friends.

Evil Genius is a fascinating and disturbing look at a bizarre true crime story. But it is not without its critics. As one reviewer points out, the film jumps around a lot and has unnecessary narration. On IMDb, Evil Genius currently holds a 7/10 score.

“The Last Dance” is a 10-part docuseries that shows the entire Michael Jordan story from when he first started playing basketball to where it all went wrong and how one man’s passion for sports changed our culture as we know it today.

The Last Dance series is directed by Jason Hehir and focuses on Michael Jordan’s career, with a particular emphasis on his last season with the Chicago Bulls. Exclusive material from a motion picture crew that had an all-access pass to the Bulls, as well as interviews with several NBA personalities, including Jordan, Pippen, Rodman, Kerr, and Jackson.

Making a Murderer is a documentary series on Netflix that has gained a lot of attention in recent months. The series follows the story of Steven Avery, who was wrongfully convicted of sexual assault in 1985 and spent 18 years in prison before being exonerated by DNA evidence. Just two years after his release, Avery was arrested and charged with the murder of Teresa Halbach. The documentary series raises questions about whether Avery was really guilty of the murder and whether he received a fair trial.

Since the release of the documentary, many people have been calling for Steven Avery to be pardoned. However, Wisconsin Governor Scott Walker has said that he will not pardon Avery without new evidence. Avery’s lawyers are currently working on filing an appeal.

Whether you believe that Avery is guilty or not, the documentary series is definitely worth watching. It provides a fascinating insight into the American justice system and will make you question whether everyone is given a fair trial.

The film exposes the hidden truth inside one of the world’s strictest and most secretive Islamic governments, Saudi Arabia. The country is a strategic partner of the West, but this documentary exposes a society where opposition is beginning to speak up.

The documentary has reignited a global conversation about the human rights abuses that occur in Saudi Arabia. It has also put pressure on the country’s leaders to address the issue of corruption.

Critics have praised the film for its honest portrayal of life in Saudi Arabia. They say it is a much-needed wake-up call for the world to take a closer look at the human rights abuses that are happening in the country.

The documentary has also been praised for highlighting the work of Saudi activists who are fighting for change. These activists face significant risks in their work, and many have been arrested and jailed.

The documentary provides a rare glimpse into the inner workings of Saudi Arabia and its monarchy. It is a country that rigorously censors the media and journalists who cover anything related to politics.

At the heart of the film lies the story of three Saudi women: an aspiring social activist, a divorced mother and a young runaway girl living in exile.

Placebo tackles the problem of student suicides, which is an ongoing problem in India. Although it takes place at AIIMS Delhi, it isn’t just about one institution. It covers issues like high-pressure academic environments, depression that leads to violence, student deaths in higher education institutions, a lack of support systems, and a sluggish administration. This film is important because it brings to light an issue that is often swept under the rug.

The most damaging scandal in sports history is revealed in this film, which exposes Russia’s state-sponsored doping program during the 2014 Winter Olympics in Sochi.

This documentary offers a fascinating look at Bitcoin’s origins, development, and technology. It follows the people who are influencing how this technology will shape our future.

This film focuses on the period between 1984 and 1992, which is considered to be the golden era of India. This feature gives an informed history of events that occurred in the eighties decade.

This film chronicles India’s first interplanetary space mission, which began with the preparation stages and ended with an orbit around Mars.

The 1990s in India are chronicled in this eight-part documentary series, which depicts the decade as a chaotic time when there was war, political upheaval, pop culture and success, but also a lot of turmoil.

Conspiracy Theory: Did we land on the moon?

‘Escorts’ is a documentary that looks at two high-priced call girls who use the internet to find clients and the negative effects of their profession on their families. This film examines these women’s daily routines, uncovering their job and personal concerns, sources of pleasure, and flaws. It’s an ugly look into two people’s lives.

Hedge fund billionaire Bill Ackman is on a mission to expose global nutrition company Herbalife as the biggest pyramid scheme in history, while Herbalife executives argue that Ackman is a market manipulator out to bankrupt them. This documentary explores the deep complexities of Herbalife, an international nutritional products firm accused of being a pyramid scheme.

Blackfish is a revealing film that exposes disturbing facts about aquatic theme parks, their treatment of killer whales (particularly Tilikum), and cover-ups of several trainer deaths caused by these animals. I feel that everyone should see this film.

It is a travel movie about a surfing family that travels the world with their children. The style in which the child protagonist narrates the plot is what makes it so great. The child explains what he learns from his father during this trip and why they continue to move while on vacation.

I apologize in advance for any potential spoilers; however, the tale is flawlessly written, with beautiful visual delights and a powerful message at the conclusion.