Love, lust, lies, and betrayal are explored in their most natural and unadulterated of forms in filmmaker Prasant Saikia’s multi-narrative about seven lives in the city that are interconnected to form three engaging storylines in one meeting place – the modern city. In an endearing mix of joys and sorrows of these characters surviving and suffering in the backdrop of the city lights amidst their possible and impossible dreams, we also discover a city that has embraced within its shadows, the deep and painful rumination of life.

There are two women—one waiting for her perfect marriage, and the other who is gradually giving up on the idea of making things perfect with a husband that offers her no closure — then there is the struggle of an actress and a musician, both seeking acceptance in its different forms in their personal as well as social lives, and an aspiring filmmaker struggling to get his first film off the ground, and a man who always seems to be wanting more.

The film is beautifully shot with the different structures of the city always in the background almost standing as passive witnesses to the emotional exchanges between the characters. Or observing the emotions trapped between the towering heights of the city from all the sides. However, it seemed as though the editing couldn’t follow the same line of focus as the mood of the scenes that was called for. There were a few – very difficult sharp cuts – that jarringly puts the audience across two contrasting mood sets without a successful transition. Mention should be made of two scenes, the first of which ends with Ravi yelling at his wife before abruptly cutting to Udy the following morning. Even the cutaway shots of the night cityscape scream of repetitiveness after a point. In short, the transitions weren’t particularly clean in the first half of the film.

In Guwahati Diaries, the music or sometimes the absence of it adequately captures the soul of a city with lives that are uncertainly at the brink of collapse. Actor Urmila Mahanta’s character (Jennifer) is layered to depths and she offers the strongest performance in the movie.  Barsha Rani Bishaya excels in her sequences with the composed characterization of Arghadeep Barua’s Mayur, despite the fact that the character arc of Darshana hovers very close to melodrama. It is Hemanta Debnath on the other hand, who very ably shoulders a ruthless obsession with an almost uncaring attitude to the emotions of those around in the character of Alkesh. Udayan Duarah (Udy) and Naaz Sultana’s (Nilakshi) performances perfectly reflects the confusion of the two urban sweethearts who are now unconfident of the new steps they might want to take together in their shared life.

The movie’s subtle balance of the dominating darkness and the deepest ambitions, the quite temptations and the desperate desires and also hope and despair can resonate beyond the geographic barriers of a city but it could have further benefitted from a little more sophistication in its storytelling. There was enough scope for the graphs of all the three acts to go higher in terms of its structure, conflict and characterization so that its convergence for the falling action felt more impactful. For instance, it is the life of only one of the partner’s of a pair that was being explored. If we are with Udy through the challenges of filming a short film, we are unaware of Nilakshi’s existence outside of their house. Similar to how Darshana’s problematic life is revealed to us, but Ravi’s struggles outside of his marriage are unknown to us. And in a same way, we are very stranger to Alkesh beyond his toxic relationship with Jennifer. Even Ravi’s transformation at the end of the movie felt flimsy because it was brought about by an external force and not enough time was dedicated for the internalization to take place to feel like his decisions were truly coming from within.

Director Prasant Saikia never allows for the sentimentalist aspects of his stories to overflow while keeping his approach to relationships grounded. His progressive take on acceptance and modern love from young lovers to couples with midlife crisis and unhappy marriages and yearnings for love and forgiveness have been decently accomplished but however, they seem to have come about a bit lacking on the front of little finesse in detail and depth, especially with characters like Ravi, Udy and even Alkesh to some extent. Even more focus on the hyperlinked nature of characters in such genre of anthologies could have been worked in favor of making the plot denser and characters more layered.  To note, Guwahati Diaries also shares a few interesting but reversed parallels with Anurag Basu’s Life in a Metro which in turn was also ripped off from The Apartment (1960) and Brief Encounter (1945) and Paul Thomas Anderson’s Magnolia (1999). 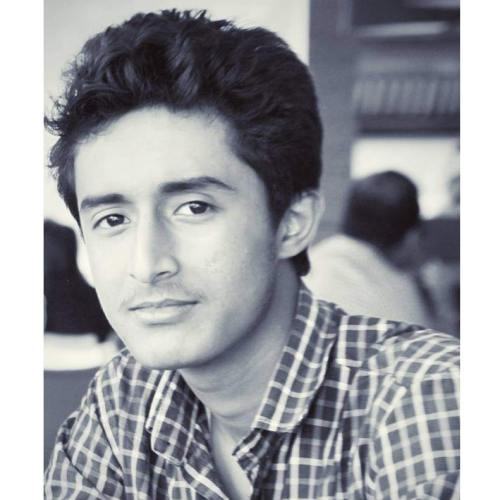